DIGITAL INTERACTIVITY IN OUR SHOWS

Social Network is an experimental and revolutionary theatre show produced by the theatre company Klimax, written and directed by Luca Varone and performed for the first time on 9th February 2017 at Europa Theatre in Aprilia (RM).

The show is in English and has been performed by various actors: Irene Grasso, Luca Varone, Milena Pugliese, Antonio della Croce, Tatiana Orogodova, Beatrice Schiaffino and with the special partecipation of Arturo Muselli’s, Adriano Falivene, David Power, Eva Reinsch, Beata Pajak. The entire project is based on a pivotal concept:’Revolution’.

The purpose is to introduce digital world as a theatrical language tool in order to attract young people and reduce the gap between them and the feelings and contents expressed in the play. Through the use of new technologies which are interesting for young people, we intend to bring them together and at the same time improve their knowledge. Since talking to young people means to consider time changes and new language forms we need to mix tradition with innovation.

Theatre can change, can renovate itself, without forgetting where it comes from. Its primary purpose is to help men to think about their virtues and misery and it musn’t move from that purpose.

THE MEANING OF SPEAK IN APP 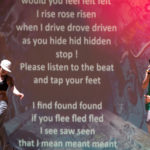 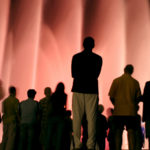